Our offices are OPEN! Click to learn more about our COVID-19 safety measures. LEARN MORE 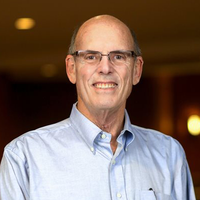 In practice for more than 40 years in the Lehigh Valley, Neal Kramer, DPM, is board-certified in foot surgery, sports medicine and wound care. Dr. Kramer earned his bachelor's degree at Penn State University in biology, where he also played collegiate tennis. After graduation, he went on to study podiatry at Pennsylvania College of Podiatric Medicine and completed his surgical residency at Philadelphia College of Osteopathic Medicine. In 1975 he opened a successful private practice of his own and in 1998 expanded this practice by adding an additional partner and colleague to further develop and grow the services offered to his patients. Throughout the years, he continued adding partners to his Lehigh Valley podiatry practice, and in 2018 Dr. Kramer and three of his practice partners made the decision to merge under OAA Orthopaedic Specialists’ wide umbrella of orthopaedic services. In addition to his private practice experience, Dr. Kramer also served as the Chief of Podiatry at Easton Hospital from 1988 to 1994, and currently serves as the Former Subdivision Chief of Podiatry at Lehigh Valley Hospital - Muhlenberg. In addition to this appointment, Dr. Kramer is also appointed at many of the hospitals within the Lehigh Valley. He has also been appointed President of the Pennsylvania Podiatric Medical Assurance Company since 1995. When not helping patients with their podiatry needs, Dr. Kramer can be found spending time with his grandchildren and wife, Judi, in Macungie.

Our Locations
3 Locations
There is a map to the right. You can press each of the following groups to highlight that office on the map.

Where are you originally from?

I've lived in the Lehigh Valley all of my life and was born and raised in Easton.

Why did you choose to go into medicine?

I ended up in the medical field because I grew up the son of a cardiologist and enjoyed hearing stories about patients feeling better. Podiatry became my medical specialty because it is one of the few professions where patients feel better when they leave the office.

How do you feel about providing quality patient care?

Quality care is the most important factor of our practice. It is to make the quality of our patients better.

Why are you glad to be a part of the OAA team?

I'm very proud to be a part of such a high quality and multi-specialty organization like OAA.

What do you enjoy doing in your free time?

In my free time I enjoy spending time with my ten wonderful granchildren and playing competitive tennis.

Are you active with other organizations?

I'm very honored to be able to provide care to the Allentown Rescue Mission. I've also been a team member of two medical missions to Honduras and I hope to continue participating in missions like this again.

Thank you for subscribing!

You will receive important news and updates from our practice directly to your inbox.